The Kapil Sharma Gang Is All Set For Their Sparkling Comeback!

‘The Kapil Sharma Show’ which was taken off from the television industry due to some unfortunate and unfavorable circumstances is reported to be all set to AIR on the television as the same format yet again. This exciting update was shared by the face of this show, Kapil Sharma. He used his social media handle to confirm the rumor and seems very confident and excited for his comeback. Kapil tweeted, “Jalad wapas aa raha hoon 'The Kapil Sharma Show' lekar aap ke liye sirf @SonyTV par." The delay is due to his current weight loss spree and why not? Afterall, the camera presentation has to be perfect from the comedians’ end. Sharma has signed up for a detoxification programme in an Ayurvedic Ashram in Bengaluru for two weeks straight.

So yeah guys! The wait is over, our very own Comedy King, Kapil Sharma whose come back was awaited for a very long time by his fans is arriving back with a bang. The comedy hero is off drinking now, is dedicated to his 15 kg weight loss mission. A source claimed, “."Kapil is off drinks and he needs to lose at least 15 kg. He is at an ayurvedic ashram in Bengaluru for two weeks. He returns to Mumbai on October 28 to start preparing for his show," 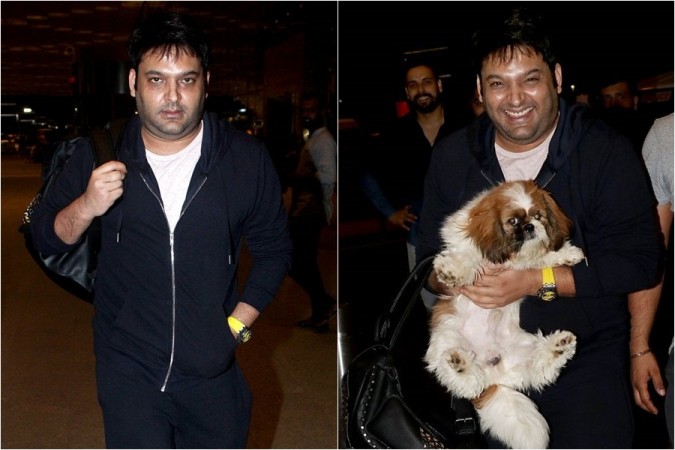 Every family’s favorite comedian, Kapil Sharma has been on a break ever since his last show ‘Family Time With Kapil’ which was packed up unexpectedly due to his sudden physical and mental health deterioration. Last year, Kapil had a mid-air fight with his colleague, comedian Sunil Grover. The fight gave rise to a widely talked controversy, after which they professionally parted ways from Comedy Nights With Kapil which had brought both of them unprecedented fame. It is also rumored that the duo will be seen together yet again as a joint again. Rajkumar Hirani: Writers Should Be Paid The Maximum In...

Rajkumar Hirani's Dream Of Munna Bhai 3 Might Not Turn...

Forza Horizon 3 is one of the most epic car-games and it has gained a reputation...

You Can't Mess With The Fans Of 'Game Of Thrones', Donald...

Nawazuddin Meets His Match In Sanya Through A 'Photograph'

The Top Wedding Trends You Could Indulge In For An Experience...

Alia Bhatt Surely Knows How To Nail The Traditional Game.